by Carlo Dell'Aringa, Riccardo Leoni
Year: 2005
This introduction provides a survey of the collected papers. At the same time it develops an critical analysis designed to illustrate the file rouge which links the material included in this special issue.
€ 6.00
Competitività e divari di efficienza nell’industria italiana digital

by L. Benfratello, F. Erbetta, G. Fraquelli
Year: 2005
This paper assesses the role of competition in explaining efficiency in the Italian manufacturing industries. Technical efficiency differentials are measured by applying the Data Envelopment Analysis (DEA) method on a panel of firms from 43 industries at 3- digit level, over the 1983-1991 period. The average level of efficiency of each industry is then related through econometric techniques to some factors reflecting the degree of competition. Economic literature states that a tougher competitive environment is efficiency enhancing and we find a negative link between efficiency and concentration. Moreover, efficiency declines more slowly when the level of concentration is higher, whereby suggesting a non-linear relationship. These results have policy implications. The processes of liberalisation and privatisation in Italy should take into account the benefical effects of a more competitive environment.
€ 6.00
Investire per un turismo di élite o di massa: un modello dinamico digital

by Guido Candela, Roberto Cellini
Year: 2005
In this paper we investigate the convenience for a destination to specialize in mass-tourism or in élite-tourism. We take a micro-economic dynamic perspective, and propose a theoretical model, able to explain the switch in this kind of specialization, which is easily observed in several cases. We also study the case in which it is possible for a destination to select a combination between mass – and élite – tourism and we characterize the optimal degree of composition between these two extreme cases.
€ 6.00
The Impact of International Economic Sanctions on Trade Empirical Evidence over the Period 1960-2000 digital

by Raul Caruso
Year: 2005
International economic sanctions are a recurring feature of political interactions. This paper provides, through a gravity model approach, an estimation of the impact of sanctions on international trade. The study reports panel estimates between the US and 49 target countries over the period 1960- 2000, inclusive. The results show that extensive sanctions have a large negative impact on bilateral trade, while this is not the case for limited and moderate sanctions. A second estimation focuses on the impact of unilateral US sanctions on bilateral trade between target countries and the other G-7 countries. The results show that unilateral extensive sanctions have also a large negative impact, while limited ones induce a slight positive effect on other G-7 countries trade. In the first case the hypothesis of negative ‘network effects’ is confirmed, while in the latter the sanctions-busting argument should be defended.
€ 6.00
Voting on Mass Immigration Restriction digital

by Francesco Magris, Giovanna Russo
Year: 2005
We study how immigration policies are determined under voting in a two-country model where immigration redistributes income from wages to capital. Migration decisions are endogenous, there exist border enforcement costs and preference for home-country consumption. We model the migration policy as a pure entry rationing rather than a necessarily porous screening system. Unlike the existing results of polarization, our findings show that preferences over frontier closure are distributed on a continuum, going from total closure to total openness. Thus, the Condorcet winning immigration policy may well be an interior solution. Our results fit the real-life observation that both perfect closure and perfect openness are rare events. We also study the case of a referendum over two alternative policies and show that its outcome depends upon the location of the median voter with respect to the individual indifferent between the two alternatives.
€ 6.00
Fiscal Policy in Infinite-Horizon Endogenous Growth Models: A Survey digital

by Massimiliano Marzo
Year: 2005
This paper surveys recent research on the link between fiscal policy and growth, in both theoretical and empirical contexts, focusing on infinite-horizon representative agent models. The goal is to show the impact on the growth rate derived from the introduction of flat-rate taxes within a wide variety of models. The analysis discusses one-sector and two-sector models with physical and human capital involving taxes on income of various kind, with productive and unproductive public expenditure. Consumption and investment taxes are discussed. A brief review of empirical work is also presented, together with a discussion of the most recent results concerning optimal taxation. The paper also contains some remarks about the relationship between taxes and growth within alternative modelling frameworks, like OLG, which do not form an explicit subject of this survey.
€ 6.00
Il salario tra premio di risultato e nuove pratiche di gestione delle risorse umane. Gli effetti dell’Accordo di Luglio del 1993 digital

by Eleonora Bazzana, Annalisa Cristini, Riccardo Leoni
Year: 2005
The theoretical result according to which the wage is higher when bargaining and efficiency wages interact, is tested by estimating a formally derived wage equation on an Italian firm-level panel from 1990 to 1999. The 1993 July Agreement, which fostered the adoption of decentralised incentive mechanisms, is used as a natural experiment. The main results are the following: a) Subsequent the adoption of the 1993 Agreement, the elasticity of wages to firm profits increases from 2.6 to 3.6%; the corresponding estimated wage premium is equal to 3.6% of the average wage; b) Relative to the whole sample of firms, those that signed the decentralised contract show higher wages, more persist- ent wage dynamics but lower variable wage premia; c) For the same firms, a significant increase of the rent sharing is obtained through the diffusion of individual incentives and productivity evaluation procedures; d) a considerable bias is introduced if are not profit endogeneity and unobservable fixed effects are not accounted for.
€ 6.00
RIVISTA INTERNAZIONALE DI SCIENZE SOCIALI. Abbonamento annuale 2017. Privati Italia carta + web digital 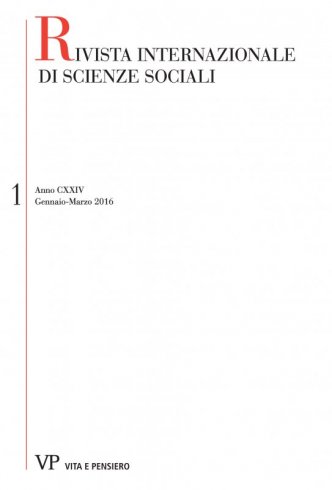 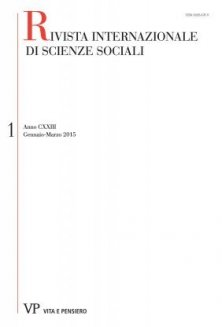